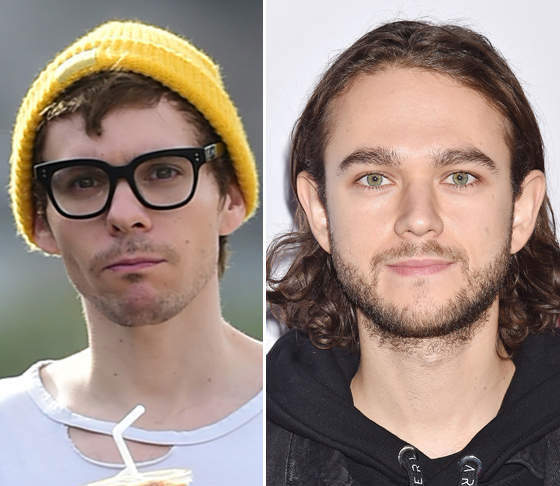 Matthew Koma, who is a singer but is best known on this blog as being engaged to Hilary Duff. Matthew has worked with Zedd before, but now their relationship is shittier than The Haunting of Sharon Tate. And Matthew let it all out on Twitter. EDM bro drama, ahead!

Matthew starts his social media press release with this sentence:

“In response to years of: ‘What happened with you & Zedd’. I want to finally be transparent about this.”

While Matthew says he was “proud of the work” the two did together, he says of the songs that his good feelings “all but disappeared” because:

“They were experienced alongside someone so toxic and self serving that it occupied the space where any happiness could exist.”

Matthew assures us that this is “not that dramatic a story” but I think that this exposé is drama enough. He closes the first page saying:

“Shitty people suck and when they’re successful, people are afraid to blow the whistle.”

He says he met “Anton” (he real-named Zedd, which means he’s really mad!) before he signed to Interscope and they were put to work on two songs together which ended up being his first singles: Spectrum and Clarity. Then Matthew drops this drag:

“From the beginning, his inferiority complex was made obvious (which seemed so absurd, because his contributions were so wonderful and he was a very talented producer back when he was involved in his productions.)”

Matthew says that Zedd didn’t give him any credit for the work even though he wrote most of it, and also Matthew didn’t get paid for singing on the songs until “2 or 3 years of fighting for a fee.”

Clarity won a Grammy and Matthew wasn’t even invited.

“There’s a documentary about ‘the making of Zedd’ (lol) and I was the only collaborator not invited to the premier or asked to be interviewed for the movie.”

Matthew, who obviously has time (and you would too if multi-millionaire Hilary Duff was your fiancee), got into a  performance where he was sick and asked Zedd to lower the key of the song so he could sing it better, but Zedd said no because “his track wouldn’t sound good.”

Another similar instance where he refused to change the key and I come to find out it was because he could only play piano in the key of C and the keyboard wouldn’t transpose. Sort of contradicted the whole ‘genius classical pianist’ persona.”

Matthew says everyone he knows who knows Zedd basically hates him, but even though Zedd was a prick Matthew is happy the work he did with him allowed him to work with other people who weren’t ass-hats. He ends the rant by saying that Zedd has:

“Plenty of people to write his songs and produce his tracks and help him continue on his trajectory. But I rather work at Starbucks and clean the toilets than ever experience that abusive dynamic again. Toxicity doesn’t breed happiness. Alexa, play ‘Happy Now’. Actually please don’t.”

This is made all the more sweeter to me because earlier in the day Zedd had tweeted this:

SPECTRUM CAME OUT 7 YEARS AGO AND CHANGED MY LIFE FOREVER ? pic.twitter.com/zdayx9Ypn3

today is a good day

Tags: High Drama, Hilary Duff, Matthew Koma, Zedd
SHARE
Our commenting rules: Don't be racist or bigoted, or get into long-ass fights, or go way off topic when not in an Open Post. Also, promoting adblockers, your website, or your forum is not allowed. And some comment threads will be pre-moderated, so it may take a second for your comment to show up if it's approved.
src="https://c.statcounter.com/922697/0/f674ac4a/1/"
alt="drupal analytics" >