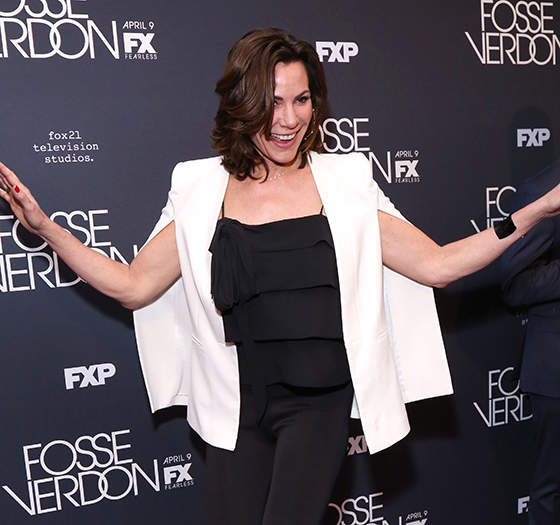 Real Housewives of New York City‘s very own cabaret crooner Luann De Lesseps was arrested two years ago for drunkenly attacking a cop in Palm Beach. She agreed to go to help to avoid some jail time. She was in rehab for all of three weeks before going back to singing (can you call it that?) while shimmying in glitter.

Luann was put on probation, and recently got caught violating her probation by admitting to drinking alcohol after one of her cabaret shows in Chicago. That probation violation almost made her the Roxie understudy in a jail house production of Chicago, but a judge took pity on her.

Earlier today, there were reports that Luann was arrested and brought to jail because of violating her probation, but apparently that’s not exactly the story. TMZ reports that Luann confessed to her probation officer that she had 2 mimosas after her show in Chicago. In Luann’s defense, mimosas aren’t strictly booze and there is some juice in ’em, but a judge didn’t care. Luann was put in handcuff and taken into custody, but according to the State’s Attorney for Palm Beach County,“she was not taken to jail.” Luann didn’t get off scot-free though.

Luann was hit with more conditions added to her probation including: having a breathalyzer in her car, getting weekly telephone counseling, a monthly in-person meeting with a psychiatrist, and she has to start taking the prescription drug Antabuse. Which according to the internet causes: “many of the effects of a hangover to be felt immediately following alcohol consumption.” That is a nightmare drug.

Luann had a rep tell TMZ that:

“She looks forward to completing the last couple months of probation and putting this entire situation behind her and moving on with her life.”

Never mind Luann being on reality show where her castmesses are always drunk and exhale 100 proof oxygen, is being in the cabaret scene a smart idea? You think the rock scene is salacious?! The cabaret scene is worse! The 50-plus year-old crowd knows how to party.

Tags: Countess Luann De Lesseps, Ex-Countess Luann De Lesseps, Real Housewives Of New York City
SHARE
Our commenting rules: Don't be racist or bigoted, or get into long-ass fights, or go way off topic when not in an Open Post. Also, promoting adblockers, your website, or your forum is not allowed. And some comment threads will be pre-moderated, so it may take a second for your comment to show up if it's approved.
src="https://c.statcounter.com/922697/0/f674ac4a/1/"
alt="drupal analytics" >