Angelina Jolie And Her Prosthetic Cheekbones Are Back In The Teaser Trailer For “Maleficent: Mistress of Evil” 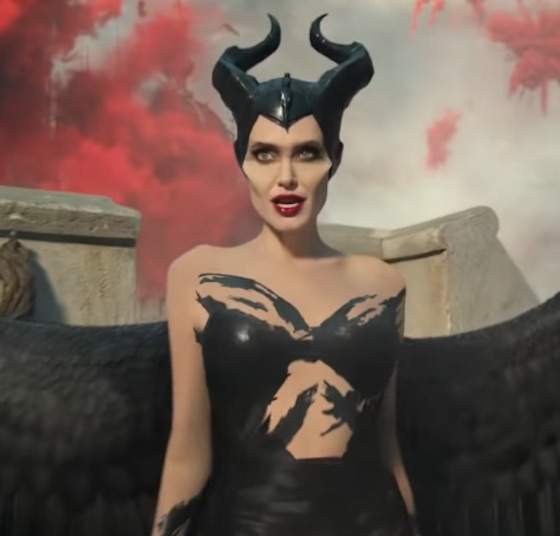 Angelina Jolie’s vindictive demon hell-bent on revenge is back! “Pfft, some might say she never left” scoffed Brad Pitt to himself, I’m sure. Disney released the first official teaser trailer for Maleficent 2 yesterday. As we already knew, it’s actually called Maleficent: Mistress of Evil, which still sounds like a less-interesting, lawsuit-dodging rip-off of Elvira: Mistress of the Dark. Now we get to see Angelina’s Maleficent in action once again. Careful you don’t cut yourself on those cheekbones, they’re just as sharp as you remember.

Maleficent: Mistress of Evil doesn’t come out until October, which means we’ve still got lots of time for Disney to release a million more trailers in an attempt to get people excited enough to spend their coins. In the meantime, we’ve got this one minute and 21 second teaser. Although it doesn’t really tease anything – we already know what Angelina looks and sounds like as Maleficent. A real tease would be if they hinted that her loyal and trusty crow now talks, and he’s a wise-cracking bird in a Hawaiian shirt, squawking a million corny one-liners. You’re right, they’re totally saving that for the third film.

Here’s the trailer. I can appreciate the story wardrobe is telling with this character. Which is: Maleficent steals several dresses out of the Drag Race Werk Room right before a lip sync for your life set to “Bad Girls.”

Entertainment Weekly has a little breakdown of what happens in this second film, which is good, because the teaser trailer is confusing as fuck. Yes I understand that it’s Maleficent being pissed off about something, which is basically how you’d describe this series in a nutshell. But EW says that Maleficent 2: Electric Hornaroo takes place several years after the first film. Elle Fanning’s Princess Aurora is scheduled to get married and become queen, something her mother-in-law Queen Ingrith isn’t feeling. Queen Ingrith is played by Michelle Pfeiffer. Okay, if Maleficent world was real life, the only queen practice Elle Fanning’s character would be doing is practicing how to put that crown right back on its rightful owner’s head. Maybe also practicing the words: “Grease 2 is criminally underrated, your highness.”

In case you didn’t get enough Elle Fanning in that teaser trailer, here’s more of Elle giving Angelina a run for her haunted gothic porcelain doll money at a Cannes photocall earlier today. 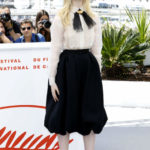 Tags: Angelina Jolie, Elle Fanning, Michelle Pfeiffer, Trailers
SHARE
Our commenting rules: Don't be racist or bigoted, or get into long-ass fights, or go way off topic when not in an Open Post. Also, promoting adblockers, your website, or your forum is not allowed. And some comment threads will be pre-moderated, so it may take a second for your comment to show up if it's approved.
src="https://c.statcounter.com/922697/0/f674ac4a/1/"
alt="drupal analytics" >