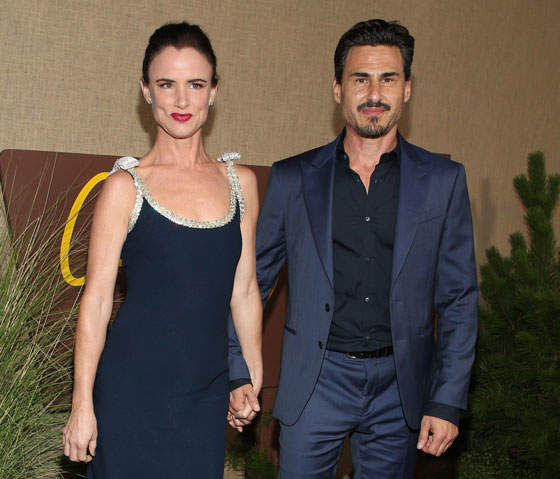 It is the year of dudes you don’t know by name getting called out by their estranged wives for having a peen whose odometer has serious miles on it because it has been traveling to poon after poon.

Brad Wilk is the drummer of Rage Against The Machine, and he’s been maried to Selene Vigil-Wilk, the frontwoman of the band 7 Year Bitch, since 2005. They have two children together. They’re not together anymore, because The Blast says that in court documents, Selene claims that Brad left her for Juliette Lewis. Who knew that Juliette was the Miranda Lambert of indie rock?! No, Juliette Lewis didn’t use the powers of her home wrecking Scientologina to lure innocent Brad to the dark side. The court documents claim that Brad’s affair with Juliette wasn’t his peen’s first time at The Cheaters Rodeo.

Selene fist filed for divorce from Brad in 2013 after he reportedly told her he was having an affair with a strip club employee from Las Vegas and knocked the chick up. But Brad later found out that his side piece made up the pregnancy. So Selene took him back, and I’m assuming she did so after dipping her parts in ammonia since Brad was supposedly out there having some barebackin’ fun.

Selene called off their divorce later in 2013 when they decided to work things out. I guess things between them were going okay until December 2015 when they were at Jennifer Garner’s favorite pap stroll place, the Brentwood Country Mart, together and he told her he wanted a divorce. What kind of cheating serum is Farmshop putting in their coffee?! (Side fact: Juliette Lewis was the only redeemable thing in the barbecued turd US version of Camping which starred Jennifer Garner.)

After Brad asked Selene for a divorce, he went on tour with Juliette’s band Juliette and The Licks Your Husband’s Goodies. Selene says she later learned that Brad was cheating on her with Juliette.

Selene has re-filed for divorce and is asking for $47,896 a month in temporary spousal and child support until they come up with a permanent agreement. She also wants $100,000 in legal fees. She claims that Brad brought in $2.2 million in 2017.

Meanwhile, Brad is still kissing on Juliette’s mouth Thetans, and they’re so in love that they’re doing shit like this:

Possibly some of my best work. @bradwilk (Skits on a hike ) ?

Now, I’m not good at math, but if Brad continues to bring in around $2.2 million a year and has to pay Selene around $575k in support a year, that will leave him with around $1.6 million. And if he’s going to stay with Juliette, I’m going to assume that he’ll have to convert into a disciple of L. Ron Hubbard if he hasn’t already, which means Scientology will suck as much money out of him as possible. So what I’m getting at is that if you’ve always wanted to see Rage Against The Machine, but haven’t been able to for whatever reason, you’ll soon be able to see its drummer drumming for coins on Hollywood Blvd.

Tags: Brad Wilk, Cheaters, Juliette Lewis, Scientology
SHARE
Our commenting rules: Don't be racist or bigoted, or get into long-ass fights, or go way off topic when not in an Open Post. Also, promoting adblockers, your website, or your forum is not allowed. And some comment threads will be pre-moderated, so it may take a second for your comment to show up if it's approved.
src="https://c.statcounter.com/922697/0/f674ac4a/1/"
alt="drupal analytics" >