Want To Hear Audio Of Elisabeth Hasselbeck Fake Quitting After Getting Into A Fight With Barbara Walters On “The View”? 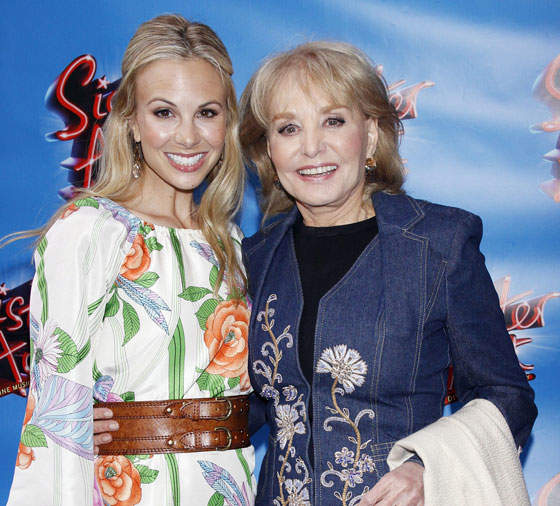 If you were disturbed and offended by Rosie O’Donnell‘s comments about having a crush on Elisabeth Hassellbeck the way that she was, then buckle in for some sweet reprieve. Variety–who’s writer Ramin Setoodeh authored the new The View exposé: Ladies Who Punch: The Explosive Inside Story of The View–is finally giving us something juicy in the form of gossip from the set of The View.

Who cares that Rosie wanted to cuddle sweet Elisabeth against her bosom and sigh lovingly? I sure don’t. But you know what I do want to hear? Elisabeth having a total spoiled brat hissy fit meltdown because her respected-journalist boss tried to get her to calm the fuck down on national television. It’s whiny and high-pitched and melodramatic and insane and I loved every second of it and you will too.

In August 2006, the ladies of The View were having a discussion about the morning after pill. The discussion focused on the FDA proposing to allow the morning after pill over the counter, which Elisabeth attacked saying it was “the same thing as birthing a baby and leaving it out in the street.” The other women at the table had some comments to make of their own, but Elisabeth was very hyper-active and wouldn’t let them get a word in edgewise. So Queen Hen of the House, Barbara Walters, let her have it. She silenced Elisabeth saying:

“Could you stop now?… We have to go on and we have to learn how to discuss these things in some sort of rational way.”

Elisabeth took her train completely off the tracks at that comment. Lizzy (Elisabeth’s angrier alter-ego) went backstage and lost her whole blonde mind. She flipped at whoever was in the hallway willing to listen:

Joy Behar, who was with Elisabeth, tried to calm her down and bring Elisabeth into her office, but Lizzy was not having it:

“What the fuck! I don’t even swear. She has me swearing. This woman is driving me nuts. I’m not going back. I can’t do the show like this. She just reprimanded me, and she knew exactly what she was doing. Good-bye! I’m off. Write about that in the New York FUCKING Post!”

Just when I thought Hasselcrack had nothing to give me, here she comes: swooping back in time from the summer 0f 2006 to give me a new line to add to my over-dramatic repertoire.

Lizzy quit saying Barbara “reprimanded” her live on TV (bitch, you need it! You need more of it!). She left the scene of her freakout and “hid” in her dressing room, but I think it was the staff were hiding from her–the beast was loose. Word got back to Barbara that Lizzy had quit and she was unimpressed:

Barbara summoned Elisabeth back and executive producer, Bill Geddie, went searching for the angry blonde, placating her as he led her back to finish the episode:

“You have to go on because you’re a pro, so come with me.”

Elisabeth did return and Barbara opened from commercial with a sweet half hug around Elisabeth which made it seem like they spent the break coming to a beautiful resolution on their differing opinions and one of them hadn’t lost their shit backstage. It’s pretty remarkable and makes me think that Barbara Walters is one shady bitch, and I like it.

I really recommend you listen to the audio for yourself because you haven’t lived until you’ve heard Elisabeth Hasselcrack whine about getting called out for talking too much. It sounds like her head is going to pop off.

Meanwhile, the next time someone tries to call me out for anything I’m going to storm off and shout back:,“Write about that in the New York FUCKING Post!”

Here’s the audio of Elisabeth freaking out:

Tags: Barbara Walters, Elisabeth Hasselcrack, The View
SHARE
Our commenting rules: Don't be racist or bigoted, or get into long-ass fights, or go way off topic when not in an Open Post. Also, promoting adblockers is not allowed. And some comment threads will be pre-moderated, so it may take a second for your comment to show up if it's approved.
src="https://c.statcounter.com/922697/0/f674ac4a/1/"
alt="drupal analytics" >