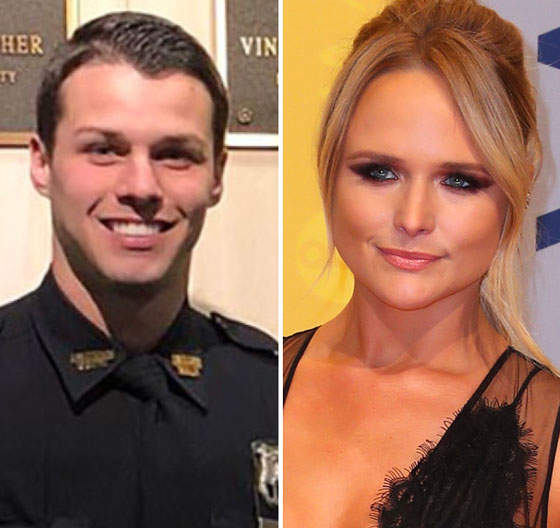 I miss the good old days when country music was your go-to stop for trashy high drama! For a while now, that role has been filled with a plethora of Lil’ rappers/Kardashians/RuPaul’s Drag Race edits. But I’m happy to report that Miranda Lambert and her new husband Brendan McLoughlin are single-handedly bringing the venerated traditions of homewrecking and public brawling back to Nashville where it belongs. As we know, when she’s not instigating steak house food fights, Miranda’s sneaking around and getting secretly married to a dude she just met who happens to have a baby the exact same age as their relationship (which is 3 months).

Come to find out, Brendan was engaged to a woman named Jackie Bruno at the time of that baby’s conception. And we know this because Jackie’s mom, Carol Bruno, talked to Radar and told them all about it in an exclusive interview. Carol says Brendan was doing the two-timing-two-step on her daughter while she was overseas. And Jackie only found out about his cheating heart when the the baby’s mom called her up and broke the news. I am 100 percent sure there’s a Reba McEntire song about this exact situation.

Jackie got the devastating news directly from Brendan’s baby mama, according to Carol. The angry mother said Brendan denied to Jackie that he’d impregnated the woman at first, but had to fess up.Then he allegedly still begged Jackie to stay with him and marry him!

Carol continued, because a check is a check whether it’s coming from Radar, The Daily Mail, or that nice man who just called on the phone:

Carol went on to call Brendan a “phony” but that she wasn’t “going to really go into it and say anything else because Jackie asked me not to. She wants to completely get rid of the garbage and she doesn’t want to embarrass herself”. Poor Jackie. It’s always a mess when innocent regulars get mixed up in celebrity drama. Is there a Loretta Lynn song for when your mom sells you out to the tabloids?

Sounds like Miranda’s gonna have a full time job of keeping Brendan on the straight and narrow. Especially since they probably won’t be living in the same state for a while. TMZ reports that the couple will be splitting their time between Tennessee, where she has a 400-acre estate, and New York City where he has a full time job as a NYPD sergeant. He’s also got 50/50 custody of that newborn baby he forgot to tell his fiance Jackie about.

If this relationship doesn’t work out for some reason, at least Miranda will have plenty of fodder for a country album titled “Tears In My Whiskey, Salad In Her Lap”.

And considering Brendan is going to be spending an awful lot of time near New England, Miranda would do well to heed this warning.

Tags: Brendan McLoughlin, Homewreckers, Miranda Lambert, Poor Jackie
SHARE
Our commenting rules: Don't be racist or bigoted, or get into long-ass fights, or go way off topic when not in an Open Post. Also, promoting adblockers, your website, or your forum is not allowed. And some comment threads will be pre-moderated, so it may take a second for your comment to show up if it's approved.
src="https://c.statcounter.com/922697/0/f674ac4a/1/"
alt="drupal analytics" >