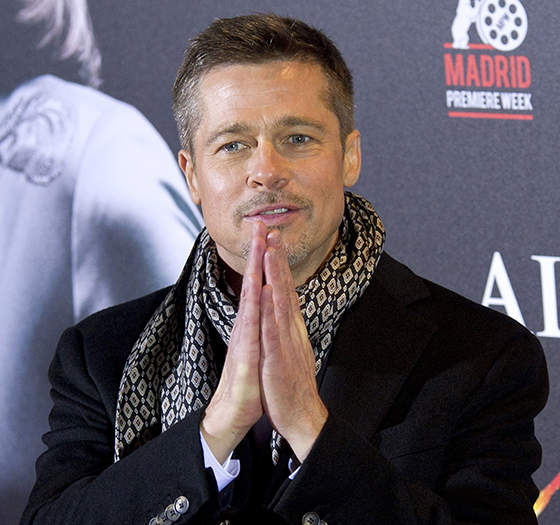 Oof, it’s been a tough year to be Brad Pitt (except for the whole “having enough money to not worry about shit” thing). Not only has he been involved in a messy divorce with a saint, but recently he’s been hit with a ton of legal mess after those homes he helped build for New Orleans’ Lower Ninth Ward turned out to be less like warm homes for families and more like leaky shacks. Brad is now saying “I’m not the one,” when it comes to a lawsuit against him and his foundation Make It Right, and he’s trying to get his name taken off the registry.

The Blast is reporting that Brad is asking for the class action lawsuit against him and his charity be thrown out the window like his marriage to Angelina Jolie. He’s claiming that while he was enough of a saint to help fund and build the houses, he is not actually responsible for making sure they were livable.

Yesterday, Brad filed court documents where he says Make It Right was founded: “with the mission of building high-performance, sustainably-designed homes to be sold at affordable prices to residents of the Lower Ninth Ward, following the devastation of Hurricane Katrina,” and that he had no personal responsibility to the homeowners, thus he could not have breached any kind of deal with them.

He says that the people now suing him once “praised” him for building the homes and specifically mentions in the papers he filed that “they are extremely grateful to Mr. Pitt for his efforts in helping to rebuild the Lower Ninth Ward.” The documents continue:

“Mr. Pitt cannot simply be lumped together with other defendants and held liable for alleged conduct in which he is not even alleged to have participated. [The] Petition contains no allegations that Mr. Pitt committed any act or omission, other than in his capacity as a Director, which allegedly caused plaintiffs emotional distress, much less a physical injury.”

While Brad isn’t asking for the foundation to be completely in the clear, he’s asking that his name by dismissed from the case entirely. Obviously he can’t have his name associated with bad press, which he hasn’t had in so long, right?

What was wrong with these houses? Oh just a few things like: mold, plumbing problems, bad air quality, rotten wood, structural issues, ventilation issues. So you know, a few quick fixes here and there.

I think we all know that Brad is not responsible for these issues with the homes. It’s clear that this is all the work of Miss Malevolence, Angelina Jolie, who is using her wicked Maleficent magic to sabotage theses houses to make Brad look worse than her. Wow, this divorce is going too far.