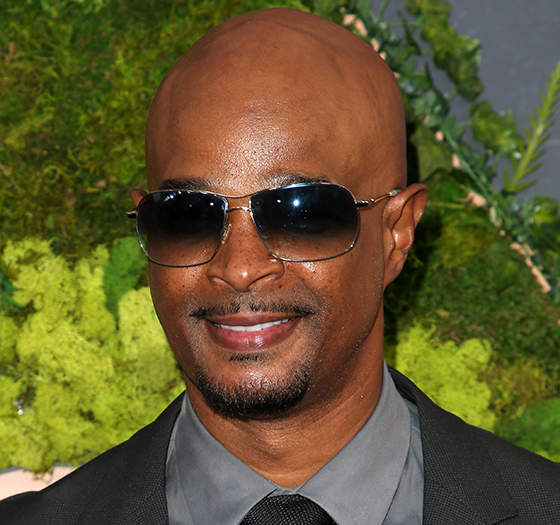 Who would have thought that the Lethal Weapon television adaptation would have so much petty drama around it? First there was tension betweeni its leads Damon Wayans and Clayne Crawford, so much so that they literally had to fire Clayne for being such a grade A asshole. I mean, he was called “an emotional terrorist”. That’s no joke.

Clayne was replaced with Seann William Scott and the show was picked up for a third season. Well, the behind-the-scenes drama continues! This time, though, the drama is being stirred up by Damon.

Variety is reporting that Damon has said that he is leaving the Fox series after the current 13 episodes of season 3 are finished filming. In an interview with website Eurweb.com, Damon said that he is donezo with this shit:

“I’m going to be quitting the show in December after we finish the initial 13… So I really don’t know what they’re planning, but that’s what I’m planning.”

And why is Damon quitting the show? Damon made 58-year-old diabetics who work 16 hour days roll their eyes like, “lightweight,” with this>

Damon was then asked if he was over it, and he is:

And he’s not kidding. He’s planning to return to stand-up.

Deadline reports that Damon also revealed he’d been dealing with some rough personal stuff with both his daughter and mother having to deal with surgeries the week before. He was unable to be there for them because of his Lethal Weapon obligations.

“It’s hard for me to play this loving, supportive father/husband/friend on TV but be the guy in life that who’s telling everybody, ‘I can’t — I have to work,’ … This has been very hard… I’ve been missing recitals and graduations, and to me it’s not worth it.”

Deadline is saying that since  Damon publicly quit that bitch, there have been lots of conversations between his team and Fox. The producers are trying to find out if Damon seriously wants off the show or if this is a “reaction to physical and mental exhaustion.” This may be the case since when Deadline spoke to Damon in August he didn’t sound like going to work every day killed his soul a little bit more each time, the way he does now. In August he said:

“We’re only the first (episode) in but it is definitely a lot lighter in tone, and we are having fun, on and off set… It’s just a lot looser, nobody’s overthinking, just doing and having fun doing,”

Welp, what a difference a month makes because now he’s “too old for this.”

Reps for Wayans, Warner Bros. Television and Fox all declined to comment. Damon is on contract for six seasons so it’s possible Fox could hold him, but that rarely happens since it makes working on a show an unbearable time for anyone involved. Although so far, as the talks are still ongoing, Damon hasn’t been released from the contract.

I hope that Damon really does leave and he quit by doing a web interview. That’s a dramatic, petty way to leave a job Like that football player who left literally while the game was still going on; I’m obsessed when people have the balls to just go “Meh, this is no longer my gig,” pack up their shit and leave.

Tags: Clayne Crawford, Damon Wayans, Seann William Scott
SHARE
Our commenting rules: Don't be racist or bigoted, or post comments like "Who cares?", or have multiple accounts, or repost a comment that was deleted by a mod, or post NSFW pics/videos/GIFs, or go off topic when not in an Open Post, or post paparazzi/event/red carpet pics from photo agencies due to copyright infringement issues. Also, promoting adblockers, your website, or your forum is not allowed. Breaking a rule may result in your Disqus account getting permanently or temporarily banned. New commenters must go through a period of pre-moderation. And some posts may be pre-moderated so it could take a minute for your comment to appear if it's approved. If you have a question or an issue with comments, email: [email protected]
src="https://c.statcounter.com/922697/0/f674ac4a/1/"
alt="drupal analytics" >