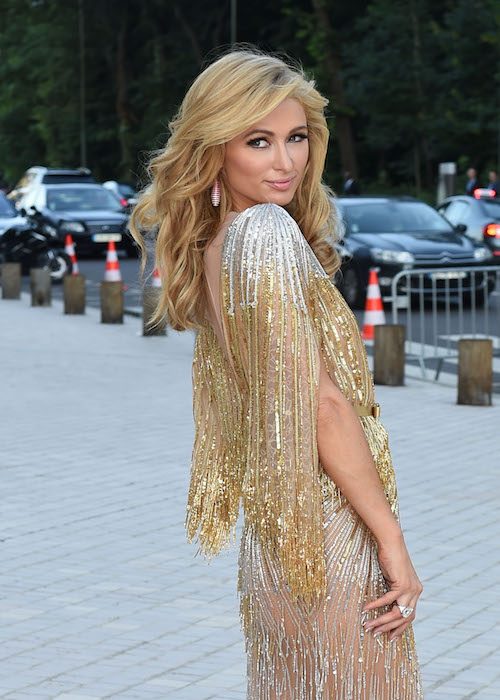 Society (including ISIS) just collectively nodded politely and then looked at an imaginary text on their phones as Paris Hilton expressed her fear that she may be attacked by the feared militant group. IIn an interview with the Spanish Diario de Ibiza (via Wonderwall), Paris spoke about how her extreme fame renders her a vital target for jihadists.

“I’m constantly moving around from one country to another and I’m a famous person who could be a definite target for an attack and that is something that sometimes terrifies me,”

She’s so right. Paris’s DJ skills are in high demand all over the world (really?), and she can barely roll off her chaise into the arms of her body porter to carry her into the limo, drive her to the airport, and then carry her through security and on to her plane, settling her into her seat in the “No Lessers, Please” section because of her no-longer private terror.

“What’s happening is horrible. The recent attacks in Nice and Germany are terrible,” she said. “It’s something that disgusts and worries me. I travel a lot and I get frightened when I think about things like this.”

I hear her. Just thinking thoughts must be a new and frightening experience for Paris, let alone thoughts about terrorism! But Paris won’t let this stop her from living her life. She knows that being vapid on every continent is her life’s work and if she pauses in that, the terrorists win!

“I’m also a very free person who tries not to be afraid of anything. I just make sure I always watch my back. I always go out alone and without security,” she said. “Many celebs have 10 bodyguards but I like to go out with my friends and be normal because I want to be like everyone else. I’m not going to give up anything.”

And nor should you, brave little toaster. You’ve had to sacrifice your entire life. You’ve worked so hard to achieve your dreams. You’ve come so very far. It would be worlds of wrong if you shut yourself away from the world out of fear that some imaginary yet evil terrorist whose People magazine subscription obviously ended in 2007 was after you.

Tags: Paris Hilton
SHARE
Our commenting rules: Don't be racist or bigoted, or get into long-ass fights, or go way off topic when not in an Open Post. Also, promoting adblockers, your website, or your forum is not allowed. And some comment threads will be pre-moderated, so it may take a second for your comment to show up if it's approved.
src="https://c.statcounter.com/922697/0/f674ac4a/1/"
alt="drupal analytics" >