Zayn Malik Had To Cancel A Recent Concert Due To Anxiety 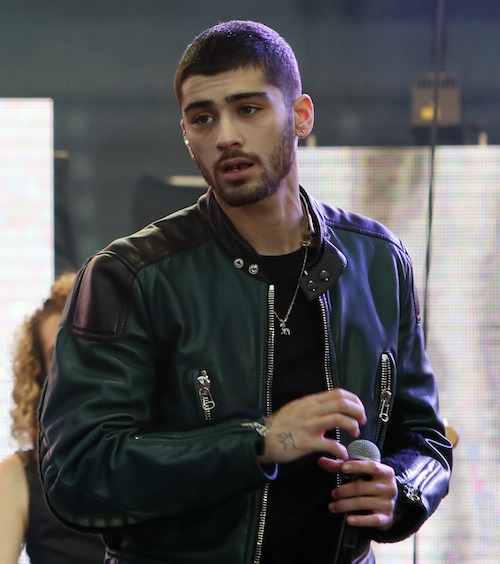 Zayn Malik, former One Directioner turned solo singer and current boyfriend of the less-sedated-looking Hadid sister, was supposed to perform at Wembley Stadium in London on Saturday as part of Capital FM’s Summertime Ball. The lineup of which also included Ariana Grande and Tinie Tempah. Sadly, all the fans wearing homemade “I’m inZAYN for you!” t-shirts never got to see him slink sexily on stage (he looks like a sexy slinker). The Guardian says that shortly before he was scheduled to go on, Zayn announced that his performance wasn’t happening, and that it was all an anxiety attack’s fault.

Zayn tweeted that he had been dealing with anxiety for a while now, and it sounds like live performances are kind of a trigger for him.

Back in February, Zayn appeared on The Tonight Show with Jimmy Fallon, and he looked nervous and awkward. At the time, I just figured it was due to being nervous that Jimmy Fallon was going to ambush him after his performance and challenge him to a karaoke rap battle or something. But looking back, maybe it was anxiety? Maybe.

I’m guessing Gigi Hadid couldn’t be there to give him a hug in person, you know, since there weren’t any pap pictures or Instagram posts of them bringing the cheese. But she did tweet this:

I do feel a little bad for people in the audience who really wanted to see Zayn. The only thing worse than hearing “Zayn Malik will not be performing this evening” is hearing it followed by the words “…which means Ariana Grande’s set will be extended by 45 minutes.”

Here’s Zayn at an event on Friday, one day before he called it quits on the Summertime Ball. Tags: Gigi Hadid, Zayn Malik
SHARE
Our commenting rules: Don't be racist or bigoted, or post comments like "Who cares?", or have multiple accounts, or repost a comment that was deleted by a mod, or post NSFW pics/videos/GIFs, or go off topic when not in an Open Post, or post paparazzi/event/red carpet pics from photo agencies due to copyright infringement issues. Also, promoting adblockers, your website, or your forum is not allowed. Breaking a rule may result in your Disqus account getting permanently or temporarily banned. New commenters must go through a period of pre-moderation. And some posts may be pre-moderated so it could take a minute for your comment to appear if it's approved. If you have a question or an issue with comments, email: [email protected]
src="https://c.statcounter.com/922697/0/f674ac4a/1/"
alt="drupal analytics" >