Because yesterday was a Sunday, ANOTHER country music awards show happened, but this one was a little more special than the others, because it honored the one-of-a-kind legend in an angelic wig: Dolly Parton! At the Academy of Country Music Awards in Las Vegas last night, Dolly was given the Tex Ritter Award for her TV movie Dolly Parton’s Coat of Many Colors, which aired last December. God himself should’ve shot down from Heaven to present the award to one of his greatest creations, but Katy Perry did it for some reason. Maybe Dolly Parton’s future successor Lisa Gail was already booked last night?

While appropriating country glamour culture by doing herself up like Cowboy Curtis’ side piece 99 Cent Store Cowgirl Katy, Orlando Bloom’s current boo presented her “hero” Dolly Parton with the award and afterward, the two yodeled out a medley that included “Coat of Many Colors,” “Jolene” and “9 to 5.” Never mind that Katy Perry should’ve been arrested for that discount Halloween costume, she should’ve dropped her mic and dosey doe’d into the audience so that Dolly could’ve had the stage to herself! But Dolly probably wouldn’t have wanted that. Dolly is as charitable as she is gorgeous and was kind enough to let a musical lesser perform with her:

When is Dolly Parton going to get the sainthood she clearly deserves? I mean, she should get it for the simple fact that she resisted the urge to snatch that $4 “Flo from Progressive” wig off of Katy Perry’s head. Wearing that wig in front of the goddess of wigs is breaking all the commandments. 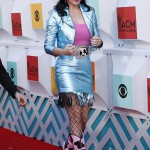 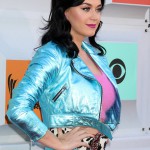 Tags: Dolly Parton, International Treasure, Katy Perry, That Was Something That Happened
SHARE
Our commenting rules: Don't be racist or bigoted, or get into long-ass fights, or go way off topic when not in an Open Post. Also, promoting adblockers is not allowed. And some comment threads will be pre-moderated, so it may take a second for your comment to show up if it's approved.
src="https://c.statcounter.com/922697/0/f674ac4a/1/"
alt="drupal analytics" >