Making A Murderer’s Steven Avery Is A Guilty Monster, So Says His Ex-Fiancee 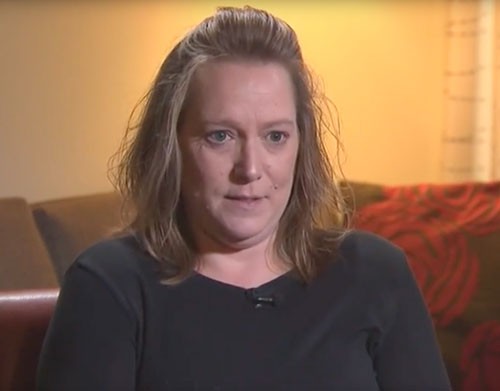 In the first few episodes of the television crack rock called Netflix’s Making a Murderer, Steven Avery’s fiancee at the time, Jodi Stachowski, stands by his side and defends him after he’s accused of murdering Teresa Halbach. Jodi even spit up evidence for Steven. She gave telephone records that show that she and Steven talked on the phone on the day police said he and his nephew Brendan Dassey killed Teresa. Jodi said in Making a Murderer that Steven sounded normal and not rushed during those calls. Jodi was in the clink (for DWI and disorderly conduct) at the time so the calls were recorded. Jodi, who on probation then, eventually broke up with Steven after she ended up in jail again for drinking booze. Jodi said that she believed the cops were trying to keep her and Steven apart. Well, Jodi is now telling a completely different story. I know, we’re going to need to do Christmas over again, so we can argue and fight with our relatives at the dinner table about this new information.

Jodi went on Nancy Grace’s HLN show and told the show’s senior producer Natisha Lance what Steven Avery is really like. Jodi says that Steven isn’t a wrongly accused innocent angel. Jodi says that he’s an abusive trash bucket who threatened to beat her and kill her and her family if she didn’t say nice things about him in the documentary and to law enforcement. Jodi only stood by him because she was afraid of him. Their 2 year relationship became a nightmare almost immediately and Steven was arrested for allegedly attacking her. HLN confirmed his arrest for domestic abuse with a police report. She says she even ate two boxes of rat poison so that she could get away from him and go to the hospital to call the cops. Steven ripped the phone out of the wall so she had to pull some drastic shit to get away from him.

Jodi hasn’t seen Making A Murderer, but Natisha reads her the claims she made in it. Jodi took back what she said about their telephone calls on the day Teresa was murdered. Jodi now says that he definitely sounded different and off. In MaM, Jodi says that authorities were pressuring her to turn against Steven, but she says something different now. She says the sheriff’s department didn’t put pressure on her, they were just trying to get to the bottom of EVERYTHING. She claims the authorities never offered her anything in exchange for info they could use against Steven.

Jodi believes that Brendan is innocent, but she thinks Steven Avery, who has filed a new appeal, is totally guilty. She claims that Steven once told her that “all bitches owe him” because he was wrongly accused of raping and beating a woman and spent 18 years in prison for it. Here’s all 30+ minutes of Jodi’s interview:

I watched MaM and I’m not one of those people who think that Steven Avery is a 100% innocent saint, but from what they showed us, the Manitowoc County Sheriff’s Department pulled some shady, shady shit. I also thought it was weird that the defense never called Jodi since she was Steven’s supposed ride or die for 2 years. And what’s really surprising is that Nancy Grace didn’t do this interview herself. The devil’s dick must look like a Corkcicle right now, because Hell definitely froze over after Nancy turned down the change to do a high-profile interview. I would think that Nancy would get life from screaming, “JODI. JODI. JODI. HE DID IT. JODI. HE DID IIIIIIITTTTTTTT,” before her head popped off, circled the earth and landed on her neck again.

Tags: Making A Murderer, Well Well Well
SHARE
Our commenting rules: Don't be racist or bigoted, or get into long-ass fights, or go way off topic when not in an Open Post. Also, promoting adblockers is not allowed. And some comment threads will be pre-moderated, so it may take a second for your comment to show up if it's approved.
src="https://c.statcounter.com/922697/0/f674ac4a/1/"
alt="drupal analytics" >