Pray for me, because the disgusting and dark-sided demon named cold and flu is still possessing my body, and for some bizarre reason, whiskey, weed smoke and red wine from Target has yet to kill it. Because I’m trying to exorcise the sicks out of me, I’ve been off booze for a couple of days and I won’t be guzzling down the sweet nectar while watching all 45 hours of the rich movie and TV star bukkake session known as the Golden Globes. Is it even possible to watch an awards show while 100% sober (the cold medicine cocktails I’ll be downing don’t count!)? That is the question of the century! I’ll find out tonight, but if you’re in Southern California and see a flare in the night sky, it’s probably me asking for someone to ayúdame. Send an Uber full of Jack and Cupcake red wine immediately! Hopefully, Ricky Gervais roasts those hos and the fumes wafting off of them clears my clogged-up sinuses and delivers me from evil.

I would shit up my predictions for the winners, but why bother? I have a feeling that shit will end early after the Lucy and Ethel of our time, Jennifer Lawrence and Amy Schumer, “accidentally” trip on each other while farting, causing both of them to fall on a table, which will knock over a lit candle onto the floor and set that whole bitch on fire. The drinking game is that every time someone makes either an El Chapo joke or a Steve Harvey joke, take two gigantic shots: one for you and one for me since I’ll be dry. There’s going to be at least 5,000 El Chapo jokes before the first hour is up, so your insides will be drowning in vodka in no time. And when Mel Gibson shows his overcooked carne asada face to present, just switch to crack. 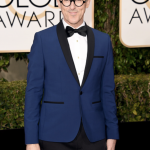 Tags: 2016 Golden Globes, Open Post
SHARE
Our commenting rules: Don't be racist or bigoted, or get into long-ass fights, or go way off topic when not in an Open Post. Also, promoting adblockers is not allowed. And some comment threads will be pre-moderated, so it may take a second for your comment to show up if it's approved.
src="https://c.statcounter.com/922697/0/f674ac4a/1/"
alt="drupal analytics" >