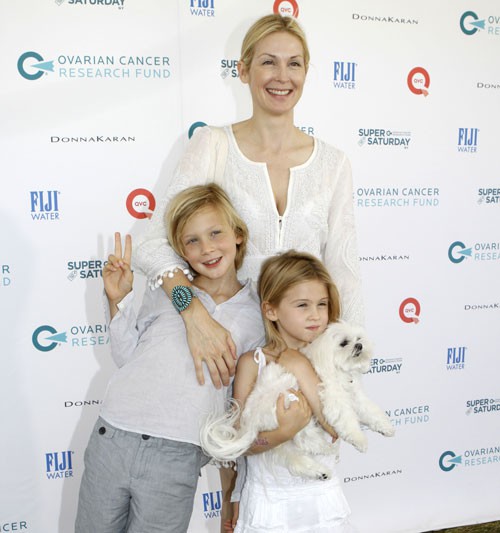 Kelly Rutherford’s never-ending, messy-as-fuck custody battle ended up in a court room in Monaco today and the judge ruled against her ass. The judge gave full custody to Kelly’s ex-husband, Daniel Giersch. The Daily Mail said that the judge also ruled that she can never ever bring her children, Hermes and Helena, back to the US and she can only visit them in France and Monaco. But Kelly’s lawyer tells TMZ that The Daily Mail’s story isn’t totally made of 100% truthiness. Daniel did get full custody today, but Kelly’s appeal will be heard later this week, so she’s not totally out and may be able to bring her kids to the US for a visit. (UPDATE: People says that the judge also ruled today that Kelly can’t bring her kids to the US. She can only visit with them in Monaco or France.)

After courts in California and New York rejected the case because they felt like they didn’t have jurisdiction over it, it fell into the hands of the court in Monaco. Kelly has been in Monaco trying to win the right to bring her children back to the US. Many “experts” said that the chances of a baby unicorn flying out of her asshole are greater than her winning the right to bring her children to the US. Kelly’s children stayed with her in New York for the summer, but she violated the custody agreement by refusing to put them on a plane back to Monaco. Experts say that she’ll probably get supervised visits in France and Monaco and that’s about it.

The Daily Mail says that Kelly didn’t totally lose hard in court today. The judge declared that Daniel has to pay her $3,281 a month in support. Kelly went bankrupt from fighting for her kids, so maybe that $3,281 a month will put a teeny tiny little dent in her lawyer fees? I mean, that $3,281 may pay for the pen that her lawyer used to sign her 1,100,000th appeal.

The judge should know how these two wrecks are and ruled that all decisions about their children must be made by a Magic 8-Ball. Shit, just give full custody to the Magic 8-Ball too.