Kim Richards Isn’t Going To Jail, But She Did Get Banned From A Target In Van Nuys 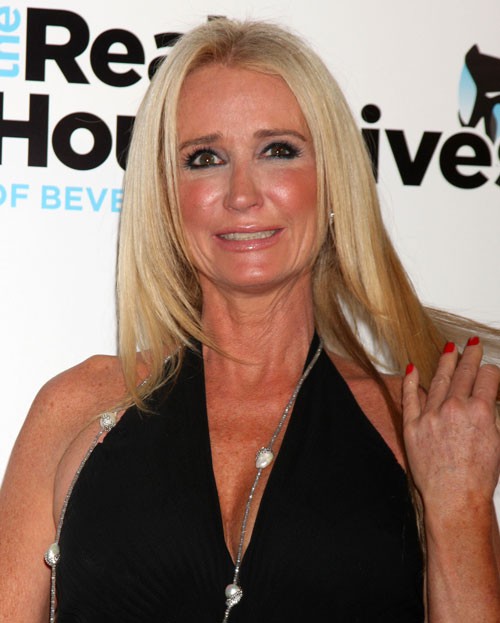 Back in August, the little girl from Escape to Witch Mountain starred in Escape to the Target Parking Lot when got caught pushing two cartfuls of junk out of a Target in Van Nuys, CA. Kim Richards, formerly of The Real Housewives of Beverly Hills, was arrested for stealing over 100 items, totaling around $600. Kim was reportedly living in her car at the time and was back on booze and pills. Kim was sentenced today and don’t worry, the Los Angeles Justice System didn’t break their streak of not sending any famous (or famous-ish) people to jail.

TMZ says that Kim took a plea deal and in exchange for pleading no contest, the judge gave her 300 hours of community service, 3 years probation and she must go to 52 AA meeting. Kim got pretty much the exact same sentence last month after she pleaded no contest to kicking a cop and causing a drunken scene at the Beverly Hills Hotel. Kim got 30 days of community service, 3 years probation and 52 AA meetings.

Now you know that if you’re sort of famous in L.A. and you do some illegal shit, you should go ahead and do some more illegal shit a few weeks later, because the judge will give you a 2 for 1 sentence.

Kim was also banned from the Beverly Hills Hotel and that Target in Van Nuys.

Kim got off easy, except for the “banned from a Target” part. I practically live at Target, which is just sad, so banning me from one would be like elbowing me in the throat while shanking me in the chest. I’d tell that judge that I’ll gladly eat ketchup and cardboard sandwiches in prison and suck a whole lot of dirty jail bird dick if I didn’t get banned from any Target.

But then again, I’d probably have more than a few pennies and a gum wrapper in my savings account if I got banned from Target.

Tags: Kim Richards
SHARE
Our commenting rules: Don't be racist or bigoted, or get into long-ass fights, or go way off topic when not in an Open Post. Also, promoting adblockers is not allowed. And some comment threads will be pre-moderated, so it may take a second for your comment to show up if it's approved.
src="https://c.statcounter.com/922697/0/f674ac4a/1/"
alt="drupal analytics" >