Playboy really should’ve shut down after this issue, because it was never able to reach this level of refined sophistication again.

Last night, The New York Times reported some sad news for everyone who christened their fapping hand by doing themselves for the first time while looking at a Playboy they stole from their dad or brother. (Side note: I don’t know if JcPenney makes those huge catalogs anymore, but if they do and they still have a dude underwear section in it, I’ll be extra sad if they ever get rid of it. That was my first fap material.) Playboy announced that after decades of showing chichis and chocha, they are no longer going to put naked women in their magazine. This news made half of the Internet shrug since lady nipples are a click away and made the other half of the Internet Google “What is a magazine?”

Playboy’s chief executive Scott Flanders tells the NY Times that the Internet is why they’re going PG-13. You can’t go half a block on the Internet without tripping on a nipple or a clit. It’s easy to get. Playboy’s website went nude-free last year and traffic went up, so they’re hoping the same thing happens to the magazine. At its peak in the 70s, Playboy had a circulation of 5.6 million and circulation is currently at 800,000. The magazine loses about $3 million a year, but the company is still turning a profit because of merchandising. There will always be a sorority girl whose ear lobes feel naked without a pair of exquisite rhinestone Playboy bunny earrings on them.

They’re still going to have a Playmate of the Month, but the pictures are going to be more Instagrammy:

The magazine will adopt a cleaner, more modern style, said Mr. Jones, who as chief content officer also oversees its website. There will still be a Playmate of the Month, but the pictures will be “PG-13” and less produced — more like the racier sections of Instagram. “A little more accessible, a little more intimate,” he said. It is not yet decided whether there will still be a centerfold.

So in other words, when someone says they read Playboy for the articles, they’re going to mean it.

THIS IS A TRAVESTY!

How oh how are E-listers supposed to get a quick check by posing naked in a spread that is so Photoshopped it makes them look like a mannequin? What is Playboy without overly Photoshopped coochies? Playboy without tits and twat is like MTV without music videos. Oh wait, that’s a terrible example. It’s like Catster magazine without cats or like Girls & Corpses magazine without the desperation.

Since Playboy is going PG-13, I guess this means that Hugh Hefner is going to replace his sad conveyer belt of blond fuck pieces with a good old-fashioned game of Parcheesi.

And since we’re on the subject of female sexiness, here’s the ginger goddess Phoebe Price giving you raw hotness and high art in a topical Halloween photo shoot with a black Burger King burger and fake green shit. “You spelled ‘raw grossness’ and ‘high farts’ wrong.” – you 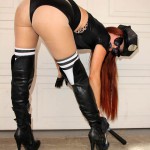 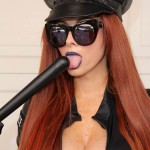 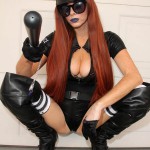 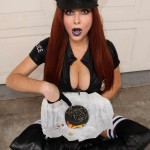 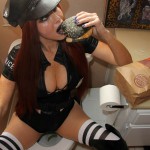 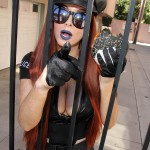 Tags: Chichis, NSFW, Phoebe Price, Playboy Crap
SHARE
Our commenting rules: Don't be racist or bigoted, or post comments like "Who cares?", or have multiple accounts, or repost a comment that was deleted by a mod, or post NSFW pics/videos/GIFs, or go off topic when not in an Open Post, or post paparazzi/event/red carpet pics from photo agencies due to copyright infringement issues. Also, promoting adblockers, your website, or your forum is not allowed. Breaking a rule may result in your Disqus account getting permanently or temporarily banned. New commenters must go through a period of pre-moderation. And some posts may be pre-moderated so it could take a minute for your comment to appear if it's approved. If you have a question or an issue with comments, email: [email protected]
src="https://c.statcounter.com/922697/0/f674ac4a/1/"
alt="drupal analytics" >