When goth ferret Rooney Mara was cast as Tiger Lily in the 1,856,456th version of Peter Pan, some people raged over the whitewashing of it all and others shrugged it off while saying, “I sort of see it.” I mean, if you shake your head until you’ve got the dizzies and then squint while looking at Rooney Mara, she sort of looks Asian and Asian is practically Native American in Hollywood, right?

At the NYC premiere of Pan (pictures below), Rooney told People that before she even met with director Joe Wright about the role, she thought to herself, “Err, maybe me, a white chick, playing Tiger Lily isn’t the greatest idea.” It’s not like Rooney needs the money, because she comes from an NFL dynasty and if she needs a lot of money all she has to do is put her hands under her uncle’s butt and ask him to fart out a few diamonds and gold coins for her. But when Rooney met with Joe and heard his vision, she wanted in. In other words, they totally did peyote together. Rooney said this about the shit she got for taking the role:

Translation: “I don’t give a shit.” No, that’s not fair to say. Rooney said she felt really bad about it twice, so she obviously felt really bad about it. Based on the reviews, people who see Pan this weekend may feel “really bad” that they paid actual money for tickets to it. And whenever I see that still from Pan of Rooney Mara, I don’t see Tiger Lily at all. I just see a raver who did too much molly at an Anthropologie and got twisted up in the curtain section. 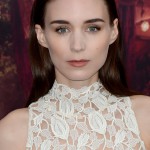 The cast of Pan 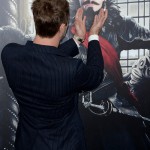 Tags: Garret Hedlund, Hugh Jackman, Rooney Mara, Yeah Okay
SHARE
Our commenting rules: Don't be racist or bigoted, or get into long-ass fights, or go way off topic when not in an Open Post. Also, promoting adblockers is not allowed. And some comment threads will be pre-moderated, so it may take a second for your comment to show up if it's approved.
src="https://c.statcounter.com/922697/0/f674ac4a/1/"
alt="drupal analytics" >