Taylor Swift Flips Off Apple But On Nice Tumblr Stationary 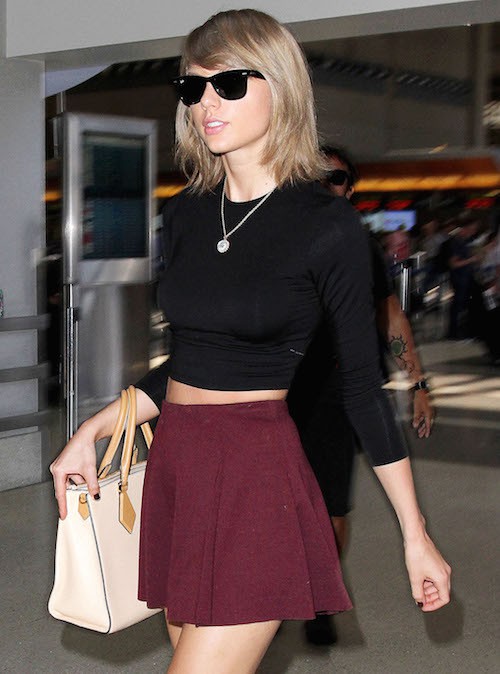 Apple is launching a new music streaming service called Apple Music on June 30. They’re making it free to use for three months. This is not sitting well with the girl who secretly paid to have the captain of the football team defecate in Katy Perry’s locker. Taylor Swift has declared herself the St. Angie of the music industry and opened the library on Apple via Tumblr.

I’m sure you are aware that Apple Music will be offering a free 3 month trial to anyone who signs up for the service. I’m not sure you know that Apple Music will not be paying writers, producers, or artists for those three months. I find it to be shocking, disappointing, and completely unlike this historically progressive and generous company.

Can you hear Apple’s head bitch Tim Cook raking his nails down his assistant’s face as he hisses with fury? He’s not going to say shit, though. He doesn’t want every B-list female celeb between the ages of 16 – 40 rounded up to star in a video about what an asshole he is.

Tay Tay acknowledges that she’s got money falling out from between her buttocks so she’ll be fine and/or better. But she’s concerned for the musicians who don’t. Swifty IS that hero.

This is not about me. Thankfully I am on my fifth album and can support myself, my band, crew, and entire management team by playing live shows. This is about the new artist or band that has just released their first single and will not be paid for its success. This is about the young songwriter who just got his or her first cut and thought that the royalties from that would get them out of debt. This is about the producer who works tirelessly to innovate and create, just like the innovators and creators at Apple are pioneering in their field…but will not get paid for a quarter of a year’s worth of plays on his or her songs.

Swifty also wants the public to know that she’s not being “a spoiled, petulant child,” but merely putting on her Captain Save-A-Ho cape for her pals that are afraid to publicly slap at Apple. SLAPPLE!

Atop her lofty tower formed from the purest ivory, Tay Tay also spied OK! Magazine tryin’ it by Tweeting that she had a pregnancy announcement. They thought they were cute because it was actually about a pic of Taylor posing with fans to announce their impending baby friend. Taylor felt that this incident is exactly why feminism was created. OK! also described her as “Harry Styles’ ex-girlfriend” and “Calvin Harris’ rumoured girlfriend.” Excuse me, Tay Tay question-raged? If anything, those two are TAYLOR SWIFT’s ex-boyfriend and boyfriend, thank you! I write the songs that make the whole world know exactly who I’m writin’ bout’!

And this is precisely why Friedan, Steinem, and Kardashian worked so hard for the cause! I just watched Blackfish. So, on the behalf of orcas, I’d like to tell Taylor to leave them out of it. They have enough going on.

You want to see more pics of Taylor leaving LAX in the gallery below, don’t you? 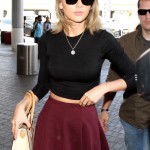 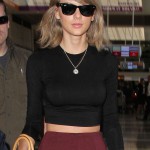 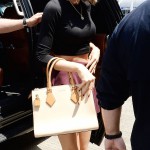 Tags: Apple, Taylor Swift, Tim Cook
SHARE
Our commenting rules: Don't be racist or bigoted, or post comments like "Who cares?", or have multiple accounts, or repost a comment that was deleted by a mod, or post NSFW pics/videos/GIFs, or go off topic when not in an Open Post, or post paparazzi/event/red carpet pics from photo agencies due to copyright infringement issues. Also, promoting adblockers, your website, or your forum is not allowed. Breaking a rule may result in your Disqus account getting permanently or temporarily banned. New commenters must go through a period of pre-moderation. And some posts may be pre-moderated so it could take a minute for your comment to appear if it's approved. If you have a question or an issue with comments, email: [email protected]
src="https://c.statcounter.com/922697/0/f674ac4a/1/"
alt="drupal analytics" >