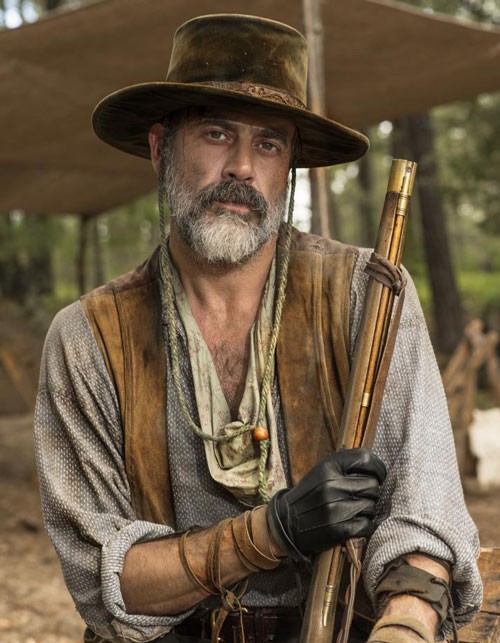 Jeffrey Dean Morgan, the tall drink of DILF from Grey’s Anatomy and Magic City, is in some History Channel mini-series called Texas Rising (which is probably what Matthew McConaughey says every time he gets a boner) and in it he plays an old-timey gunslinger who has consumption. JDM really wanted to get that “consumption” look so he starved himself. “Pfft, amateur!” said Daniel Day-Lewis who would inject himself with consumption if he played that role.

While selling the mini-series on the fourth hour of Today (via People) with Hoda Kotb and talking box of chardonnay Kathie Lee Gifford, JDM said that he ate a can of tuna a day and that’s it.

“I lost over 40 pounds. He had consumption. I got there and I was probably about 175, I left I was about 135. I ate a can of tuna fish a day. I did it in the most unhealthy way I could. I didn’t consult with a doctor or anything. We had said maybe we should lose, like, 10 pounds and then I just kept going and going. And by the end of the movie I just looked like hell.”

How many calories are in a can of tuna? Like 160? I ingested four times that through my eyes just from looking at pictures of funfetti cakes on Pinterest a second ago. I bet by the time that mini-series finished shooting, JDM was shitting in sand, scratching the couch, wiggling his ass for a Q-tip and trying to nap in bathroom sinks in the middle of a hot day, because eating only tuna turned him into a damn cat.

We’ve all heard of Matthew McConaughey types making their stomachs frown by starving themselves for an Oscar, but for a mini-series on the History Channel?! These crazy actors are eating GOOP-style for Emmys now.

Here’s JDM looking less like death at Cannes a little over a week ago with Eva Green and Hannibal. 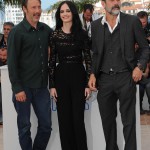 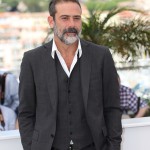 Tags: Jeffrey Dean Morgan
SHARE
Our commenting rules: Don't be racist or bigoted, or get into long-ass fights, or go way off topic when not in an Open Post. Also, promoting adblockers, your website, or your forum is not allowed. And some comment threads will be pre-moderated, so it may take a second for your comment to show up if it's approved.
src="https://c.statcounter.com/922697/0/f674ac4a/1/"
alt="drupal analytics" >