Bobby Flay And Stephanie March Are Fighting Over A Horse Now 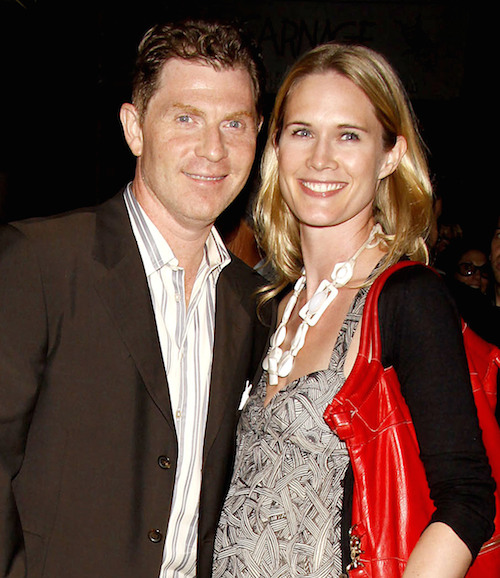 I really wanted to Photoshop Bobby Flay and Stephanie March onto a Kramer vs. Kramer poster with a picture of their horse in the middle, but I decided against it because I’m sure that horse wants nothing to do with this nonsense. Just when you think Bobby Flay and Stephanie March’s prenup drama couldn’t get any more fucky (see: that time Bobby brought Stephanie’s fake boobies into it), TMZ says they’re now fighting over a racehorse. A racehorse! How terribly rich of them. What’s next, a custody battle over the automatic caviar dispenser?

The reason they’ve dragged the horse into their messy divorce is this: Stephanie claims Bobby gave her a racehorse back in 2009 for their 4th anniversary. The horse, Dad’s Crazy (who is no doubt considering changing his name to Mom and Dad is Crazy as we speak), was good at being a racehorse and had won about $130,000 during his horse racing career. Eventually, Bobby decided to sell Dad’s Crazy for $60,000. Stephanie says she’s never seen any of Dad’s Crazy’s $130,000 winnings, nor a dime from the $60,000 sale, and she wants the money from her horsie, dammit!

Bobby says yes, the horse was registered in Stephanie’s name, but that’s it. He also claims he doesn’t have any of the $190,000 Dad’s Crazy made. Uh huh, sure. Someone better go check Alfred E. Neuman’s house to see if he’s holding 190 Fage-smeared stacks for his shady second cousin.

I know Stephanie is hungry for Bobby’s Food Network chef cash, but it’s getting pretty obvious that Guy Fieri has a better chance of cooking something edible than Bobby wrapping up a couple million and handing it over to his soon-to-be ex-wife. If Stephanie was smart, she’d take a cue from Law & Order and yank a #getmoneybitch story straight from the headlines. For example: we’re all familiar with the “I spilled hot coffee on myself, now give me a million dollars please” con, right? All Stephanie has to do is walk into one of Bobby’s restaurants, claim she burnt her mouth on a scalding hot chorizo, and threaten to sue his ass for $12 million in mouth damages. There, problem solved!

Tags: Bobby Flay, Stephanie March, The Drama Of It All
SHARE
Our commenting rules are pretty simple: Don't be racist or bigoted, or go way off topic when not in an Open Post. If you see an offensive or spammy comment you think should be deleted, flag it for the mods and they'll be forever grateful and give you their first born (although, you probably don't want that).
src="https://c.statcounter.com/922697/0/f674ac4a/1/"
alt="drupal analytics" >