Rosario Dawson and hundreds of grown ups dressed in elf costumes were in NYC’s Bryant Park this morning to launch Nescafe’s new line of machines called Dolce Gusto. To promote that shit, the elves will spend the entire day doing good deeds in Manhattan. If you’re in Manhattan today, you need to step away from your computer right now, run outside and try to catch one of those elves so you can give them your rent bill. Let them do that good deed for you. Speaking of good deeds, Page Six says that Rosario has done the ultimate good deed by adopting a 12-year-old girl.

Page Six doesn’t have much info. They only know that she adopted a girl back in October. E! News co-signed Page Six’s story and a source tells them that she’s always wanted to adopt. E! dug up an old quote that Rosario gave to Latina Magazine in 2008.

“I always wanted to adopt kids ’cause my Dad adopted me. That idea has stayed in the back of my head, but lately, I’ve been thinking about it more. My mother and grandmother are extraordinary women, and they’re getting older. It struck me recently that one day I might be sitting around with my children, going ‘Your grandma was an amazing woman; I really wish you could’ve known her.’ That makes me sad ’cause it would be a waste to not have these people know each other. Whatever time I have, I want it.

My dad started dating my mom when she was eight months pregnant with me. He was beautiful. I wanted to be him. I love my father, he is amazing to me. I was daddy’s little girl growing up.”

Rosario is single now. She bumped parts with Danny Boyle for a while before breaking up last year.

Rosario Dawson should get sainthood for adopting a kid right before she enters her teenage years. Rosario is happy and smiley now, but check in with her next year. She’ll be totally bald from pulling all of her hair out. No, maybe it was just me who was a total monster at 13. A little while ago my mom was in a bad way after having surgery, and when I told her how worried I was, she said, “I survived your 13th year of life, so I can survive anything.” No truer words… No truer words… 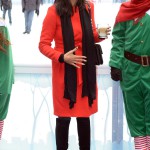 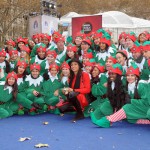 Tags: Finally Some Good News, Rosario Dawson
SHARE
Our commenting rules are pretty simple: Don't be racist or bigoted, or go way off topic when not in an Open Post. If you see an offensive or spammy comment you think should be deleted, flag it for the mods and they'll be forever grateful and give you their first born (although, you probably don't want that).
src="https://c.statcounter.com/922697/0/f674ac4a/1/"
alt="drupal analytics" >