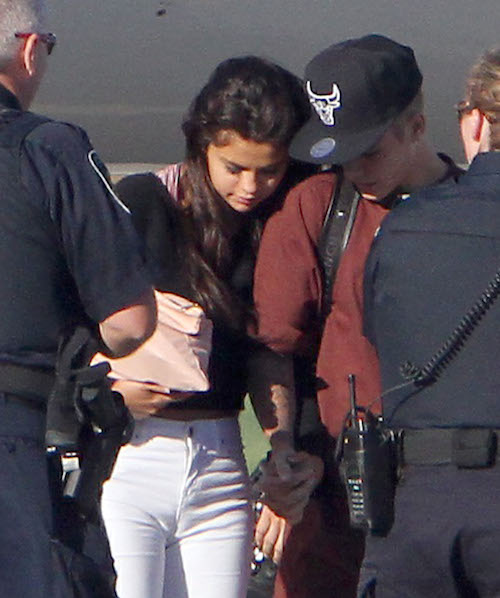 Justin Bieber and Selena Gomez were spotted holding hands in Canada, but it looks more like he’s pulling her aside to whisper: “Girl, you need to start doing a creep sweep before you exit the plane, ’cause that camel toe is out of control” – Lainey Gossip

Pimp Mama Kris just signed Shrek Montana as a “client”, which means a Wookiee/Ogre sex tape will be burning our eyes in no time – Reality Tea

Every time I see Rihanna in a bikini, it always looks like that Isis tattoo has volunteered to hold her tits up, like “Here, allow me” – The Superficial

#26 automatically wins, because PUPPEH!!! – The Berry

Kendull Jenner (sorry…Kendull) klaims she was bowing her head – not checking her phone – during the moment of silence for Ferguson during the VMAs. This just in: Kendull Jenner is as good at lying as she is at reading – ICYDK

Lena Dunham looks like one of the Golden Girls waking up from a post-cheesecake nap on the lanai (well, not Blanche – Blanche would never wake up looking anything less than a freshly bloomed magnolia blossom) – SOW

The dancers from Cirque du Soleil’s Michael Jackson: One made a music video for the single “A Place With No Name“, and it’s the definition of a beautiful low-budget desert circus raver stripper ANTM mess (aka PERFECTION) – Boy Culture