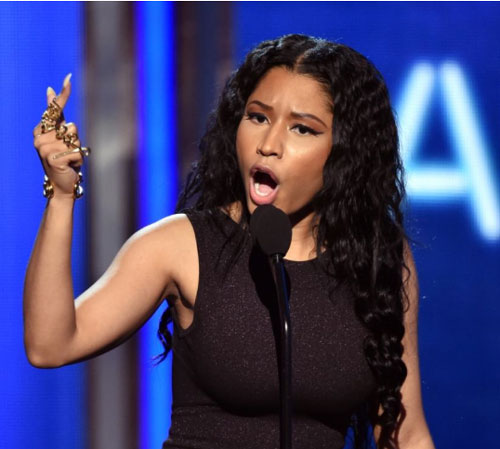 Former Popple-looking mess and current full-time shade-shooting bitch Nicki Minaj won the Best Female Hip Hop Artist award for the fifth year in a row at the BET Awards last night, and since she’s already filled four acceptance speeches with teary-eyed thank yous to God and Jesus and Fix-A-Flat, she used her fifth time on stage to come for Australian rapper Iggy Azalea. For those of you thinking: “Damn, hasn’t that ungly-ass gremlin baby been through enough?”, you’re confusing her with Azealia Banks. Iggy Azalea is the Clueless one. TOO MANY AZALEAS, I know.

The human Crank Yankers puppet was also up against Angel Haze (aka Ireland Baldwin’s Instagram girlfriend), Eve, Charli Baltimore, but she only snatched at the metaphorical wig on Iggy’s head by subtly addressing the rumor that Iggy Azalea is the Charlie McCarthy to T.I.’s Edgar Bergen, saying:

“No, no, no shade. No, no, no shade…I’m still one of the only emcees that’s out here spitting metaphors and making you think. And I really don’t even care if I get my credit or if I don’t.”

It’s true that she makes you think: I spent a good 10 minutes thinking of the last time I heard a Nicki Minaj song. I think it was 2012? I can’t remember, but now she’s really got me thinking about it.

Here’s more of Nicki serving up some 1998 Le Château realness on her way out of the BET awards. I thought Iggy might wait for her after the show to whoop a trick Outback-style, but she wasn’t there. Probably because she didn’t want to show up for her date with Terry Crews looking like a busted mess. 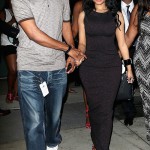 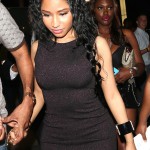 Tags: Iggy Azalea, Nicki Minaj, The Shade Of It All
SHARE
Our commenting rules: Don't be racist or bigoted, or post comments like "Who cares?", or have multiple accounts, or repost a comment that was deleted by a mod, or post NSFW pics/videos/GIFs, or go off topic when not in an Open Post, or post paparazzi/event/red carpet pics from photo agencies due to copyright infringement issues. Also, promoting adblockers, your website, or your forum is not allowed. Breaking a rule may result in your Disqus account getting permanently or temporarily banned. New commenters must go through a period of pre-moderation. And some posts may be pre-moderated so it could take a minute for your comment to appear if it's approved. If you have a question or an issue with comments, email: [email protected]
src="https://c.statcounter.com/922697/0/f674ac4a/1/"
alt="drupal analytics" >