Over the weekend, Brad Pitt worked the award show ho stroll and even though he’s had that Situation haircut for a little while, some hos still asked themselves, “But for why does this bitch look like the standby hurdy gurdy player in an Arcade Fire cover band?” Brad Pitt was asked by  reporters at the Producers Guild Awards last night why he got the haircut every Williamsburg hipster bartender got in 2012 and he said that he was forced to get it for that WWII movie he’s shooting with Shia LaDouche in England. Brad Pitt’s hair was just cut that way. It wasn’t a choice! UsWeekly broke down this HIGHLY IMPORTANT news:

“It’s for a part,” Pitt, 49, told E! News at the Producers Guild Awards in Beverly Hills, where the new ‘do looked pretty much perfect with his tuxedo. “It’s not a choice!” Indeed, the military-inspired look is for his WWII role opposite Shia LaBeouf and others in Fury, which has been shooting in the UK.

My eyeballs will never forget when Brad grew the nastiest beard and looked like a mangy, down-trodden, weathered hobo billy goat who was constantly attacked by guineafowls trying to eat the fleas and maggots out of his hair. Any look is better than that look. Brad Pitt could get a portrait of the UGGs-CROCs devil child tattooed on his cheek and I’d still say, “Eh, still better than that billy goat shit.” So for that reason alone, I don’t totally hate the Macklemore on his head.

And here’s Brad with Steve McQueen and Chiwetel Ejiofor at the PGAs last night. 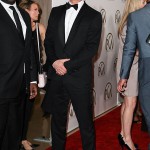 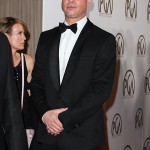 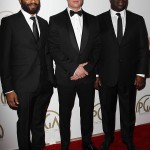 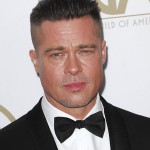 Tags: Brad Pitt, Chiwetel Ejiofor, Excuse My Beauty, Fug, Steve McQueen
SHARE
Our commenting rules: Don't be racist or bigoted, or post comments like "Who cares?", or have multiple accounts, or repost a comment that was deleted by a mod, or post NSFW pics/videos/GIFs, or go off topic when not in an Open Post, or post paparazzi/event/red carpet pics from photo agencies due to copyright infringement issues. Also, promoting adblockers, your website, or your forum is not allowed. Breaking a rule may result in your Disqus account getting permanently or temporarily banned. New commenters must go through a period of pre-moderation. And some posts may be pre-moderated so it could take a minute for your comment to appear if it's approved. If you have a question or an issue with comments, email: [email protected]
src="https://c.statcounter.com/922697/0/f674ac4a/1/"
alt="drupal analytics" >