Nigella Lawson Admits To Doing Coke A Few Times, Says Charles Saatchi Is Out To DESTROY Her Tip: If you didn’t know this already, the only way to read the word DESTROOOOOY is to read it in Alexis Carrington’s voice. The word didn’t really come alive until it jumped off of her tongue.

Nigella Lawson took the stand today in the fraud trial against her two former assistants, sisters Francesca and Elisabetta Grillo, who are accused of using her ex-husband’s credit cards to buy all kinds of luxurious crap. Last week the Grillos’ lawyers claimed Nigella let them use Charles Saatchi’s credit cards if they promised to not tell him that she snorts coke and smokes the good shit on the regular. Charles’ gross ass said that even though he never saw a coke line go into Nigella’s nostril, he believes the sisters, because DUH. According to The Mirror, Nigella admitted on the stand today that she smokes a joint every now and again and has done coke a handful of times, once while she was stilled married to Mr. Sackofshitti. Nigella said she did coke with her late husband six times, because he was terminally ill and a friend said it might numb the pain.

“These allegations appeared in a PR blog that had been dedicated to salvaging Mr Saatchi’s reputation and savaging mine. I felt that this would not become a fraud case, I would be put on trial, and actually that is what has happened.”

Nigella brought up the pictures of Charles choking her out at Scott’s restaurant in London over the summer. Nigella told the court that Charles told everyone that he was just trying to get coke out of her nose. I didn’t know White Oprah was Charles’ damage control counselor! As everyone in the court room choked on the laughs coming up their throats over Charles trying to say that he was just performing the Cokelich Maneuver on Nigella, she went on to explain what really happened:

The hell? That sounds exactly like a cut scene from Sleeping with the Enemy. Nigella should’ve immediately called up Julia Roberts for tips on how to fake her damn death.

Nigella also testified that after the pictures of Charles trying to choke the coke out of her face came out, he threatened to destroy her and dance on the ashes of her reputation if she didn’t stand by him:

“He said to me that if I didn’t go to him and clear his name, he would destroy me, and also started spreading false allegations of drug use and in particular the awful incident in Scott’s.”

The best part of Nigella’s entire testimony was this part:

He (one of the sisters’ lawyer) said:”When you unfortunately separated from Mr Saatchi…” 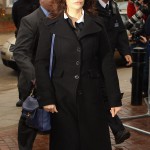 Tags: Charles Saatchi, I See You Bitch, It's Not Easy Being A Cunt, Nigella Lawson
SHARE
Our commenting rules: Don't be racist or bigoted, or post comments like "Who cares?", or have multiple accounts, or repost a comment that was deleted by a mod, or post NSFW pics/videos/GIFs, or go off topic when not in an Open Post, or post paparazzi/event/red carpet pics from photo agencies due to copyright infringement issues. Also, promoting adblockers, your website, or your forum is not allowed. Breaking a rule may result in your Disqus account getting permanently or temporarily banned. New commenters must go through a period of pre-moderation. And some posts may be pre-moderated so it could take a minute for your comment to appear if it's approved. If you have a question or an issue with comments, email: [email protected]
src="https://c.statcounter.com/922697/0/f674ac4a/1/"
alt="drupal analytics" >